The Wimbledon UK Public Ballot is open Sept 9-Oct 21, followed by Application – open from 1 November to 30 November! Make sure to sign up for myWIMBLEDON as the ballot is going digital in 2019! Information on the overseas ballot will be available in October, and in prior years, actually opened during the first two weeks in December with notifications start in January….stay tuned! More Info: Wimbledon Public Ballot Lottery Tickets. 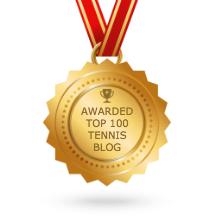